Yahoo's editors are committed to independently selecting wonderful products at great prices for you. We may receive a share from purchases made via links on this page. Pricing and availability are subject to change.
Rudie Obias
5 September 2022, 9:02 am·3-min read

It used to be that buying a new TV meant a major dent in your wallet. Not anymore! There's no better time to save big — huge, actually — on a smart TV than during Amazon's Labor Day blowout. But one deal stands out from the rest: the top-rated Insignia 24-inch HD Smart LED TV—Fire TV Edition is down to just $90, from $170. We repeat: It's just $90! But you need to act fast to set yourself up for some intimate binge-watching on the cheap — this shocking discount won't last long. 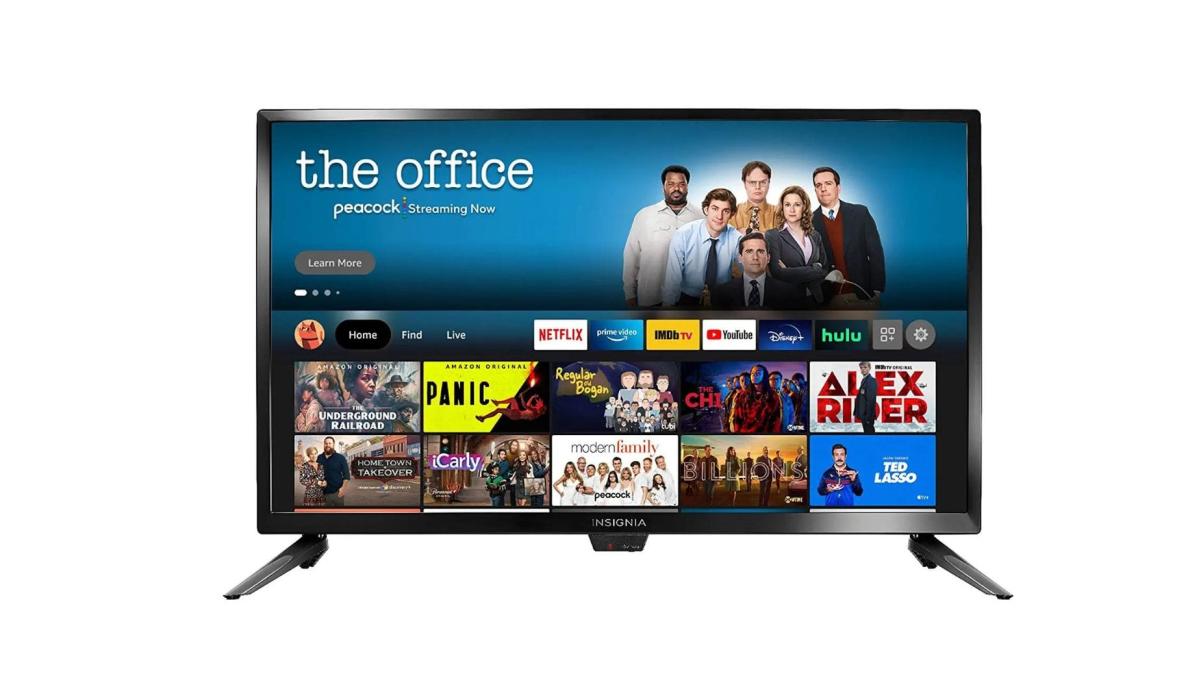 Been thinking it would be nice to have a state-of-the-art but size-appropriate set for the bedroom, den or kitchen? Well, your ship has just come in.

Picture and sound that punches above its weight

Even though the price is low, the 'wow' factor is high — the Insignia has a picture as crisp and colors as vivid as models well above its price point. The audio, too, is top-notch. In fact, nearly 64,000 shoppers have given this model a perfect five-star rating. "I am honestly very pleasantly surprised with how much I like this TV," reported a satisfied Amazon shopper. "As far as clarity goes, I believe (HD) 720p is plenty for this screen size."

If it's out there, you can watch it

As a Fire TV Edition, this model lets you stream 4K movies and TV shows from Netflix, Hulu, HBO Max, YouTube, Disney+, Prime Video, SlingTV, Paramount+, Peacock and more without a separate streaming box or stick. And we love that Alexa is included in the remote. So if you’re not a fan of endlessly scrolling through a grid of titles (and who is?), you can just say, 'Alexa, play Sprung,' and voilà.

With its built-in Wi-Fi, the Insignia 24-inch Fire TV Edition TV lets you break free from cable. You won’t experience lag or latency while streaming HD movies and TV shows either.

"I have been very pleased with the Wi-Fi reception of the built-in Fire TV," continued the shopper. "It actually works a lot better than the USB plug-in external fire sticks, for whatever reason. Super handy in campgrounds with weak Wi-Fi or when using my phone's hotspot."

This five-star fan agrees: "Outstanding TV. The picture quality is great..." It also has three HDMI ports, so you can hook up a soundbar, video game console, or Blu-ray player. You can even surf the web right on the TV.

At just $90 (was $170), this top-notch TV is perfect for a small space. And at this price, it's almost an impulse buy! "Great value," said Captain Obvious (aka a happy Amazon shopper).

We're singing this set's praises so much because, well, it can be had for a song.

To sum up: Snatch up the Insignia 24-inch HD Smart LED TV—Fire TV Edition while you still can.