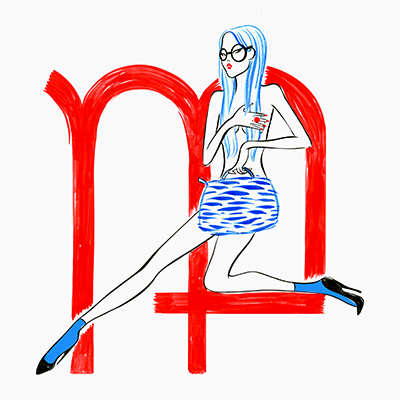 Today's Full Moon shifts your focus to what you suppress or conceal that hampers progress in your world. If there's a particular fear you've added consistent fuel to recently, then you could see the benefits of cutting its lifeline now. Trust that daring to do what daunts you promises at least one very welcome, deserved reward! View your free weekly destiny video.
20 october
Share
Tweet
Pin it
Illustrations by Jo Ratcliffe