The British landscape has always been a fertile source of inspiration for this nation’s poets, painters, authors and sculptors. From the Gawain Poet in the mediaeval era to Shakespeare, Jane Austen and Thomas Coleridge, writers have sought to evoke its unique characteristics within the pages of their manuscripts, while artists, photographers and film-makers including Paul Nash, Barbara Hepworth and Derek Jarman have captured its beauty on canvas or camera.

A beautifully written new volume by the author and art historian Susan Owens looks at the natural world through the eyes of these creative figures, exploring how it has been reframed and reimagined over the centuries. The narrative feels particularly resonant in our current era when, in the throes of a global climate crisis, the future of our formerly green and pleasant land looks increasingly uncertain.

In this extract from the book, Owens explores the fundamental role of culture in shaping our impressions of the landscape…

One late December day in 1828, the young artist Samuel Palmer sat down in Lullingstone Park, Kent, in front of one of the largest, oldest oak trees he could find, and attempted to draw it. But, as he later admitted to a friend, the oak he chose did not begin to measure up to the image he had in his mind, which had been planted there by a single phrase of John Milton’s: ‘Pine and monumental oak’. There it grew to immense proportions; ‘the poet’s tree’, complained Palmer, ‘is huger than any in the park’. In a couple of words, it seemed, Milton had outstripped nature itself. What Palmer noticed that day affects many of us as we go about our daily lives. Artists and writers do not just describe our landscape; they make it, too. The pictures we see and the stories we read seep deeply into our minds, forever changing the way we perceive the world around us.

Palmer himself has had a profound and lasting effect on flowering horse chestnuts for me – his watercolours, with their hyper-vivid colours, subtly exaggerate the trees’ joyful essence like clever caricatures. He has made them more real to me than they were before. In the same way, I am incapable of looking at the South Downs without thinking of William Nicholson’s oil paintings; and every time I drive down the A12 from my home in Suffolk to London, a sweeping view opens up of Dedham Vale and I am struck by the absurd degree to which it looks like a painting by Constable. I can’t help it. These are the filters through which the landscape appears to me – I am sure you have your own.

Men and women have experienced the landscape in different ways at different times. Great physical changes have of course been made to the land over the centuries, as methods of farming have developed, patterns of land ownership have altered the shapes and sizes of fields and urban sprawl has covered much of what was once countryside. But cultural shifts in the aesthetic appreciation of landscape have played at least as important a role. There have been times when the countryside has been a place to lift the heart, and others when it has been regarded as better suited for melancholy reflection; times when it could offer spiritual enlightenment and times when people shut the door against it with a shudder of relief. Perhaps the most dramatic illustration of changing perceptions is our attitude to mountains. Before the late eighteenth century, mountains were considered ugly and offensive. No one went near them if they could possibly avoid it – touring southern Scotland in the 1720s, Daniel Defoe was distressed by country of ‘the wildest and most hideous aspect’ surrounding Drumlanrig. Scant decades later, tourists and artists alike could hardly tear themselves away: ‘the Mountains are extatic [sic], & ought to be visited in pilgrimage once a year’, enthused Thomas Gray in 1739, after his first sight of the Highlands.

Landscape is at the heart of British culture. We have a history of inventing and reinventing the ways in which we look at and think about it that stretches back more than a thousand years. Today, with storms, floods and droughts dramatically reshaping our world, discussions of what we should do with the landscape, and do about it, become ever more urgent and conflicted. As contemporary novelists, poets, artists and nature writers find ways of reimagining it to fit these uncertain times, now is also the moment to look back and understand its long and extraordinary cultural history. 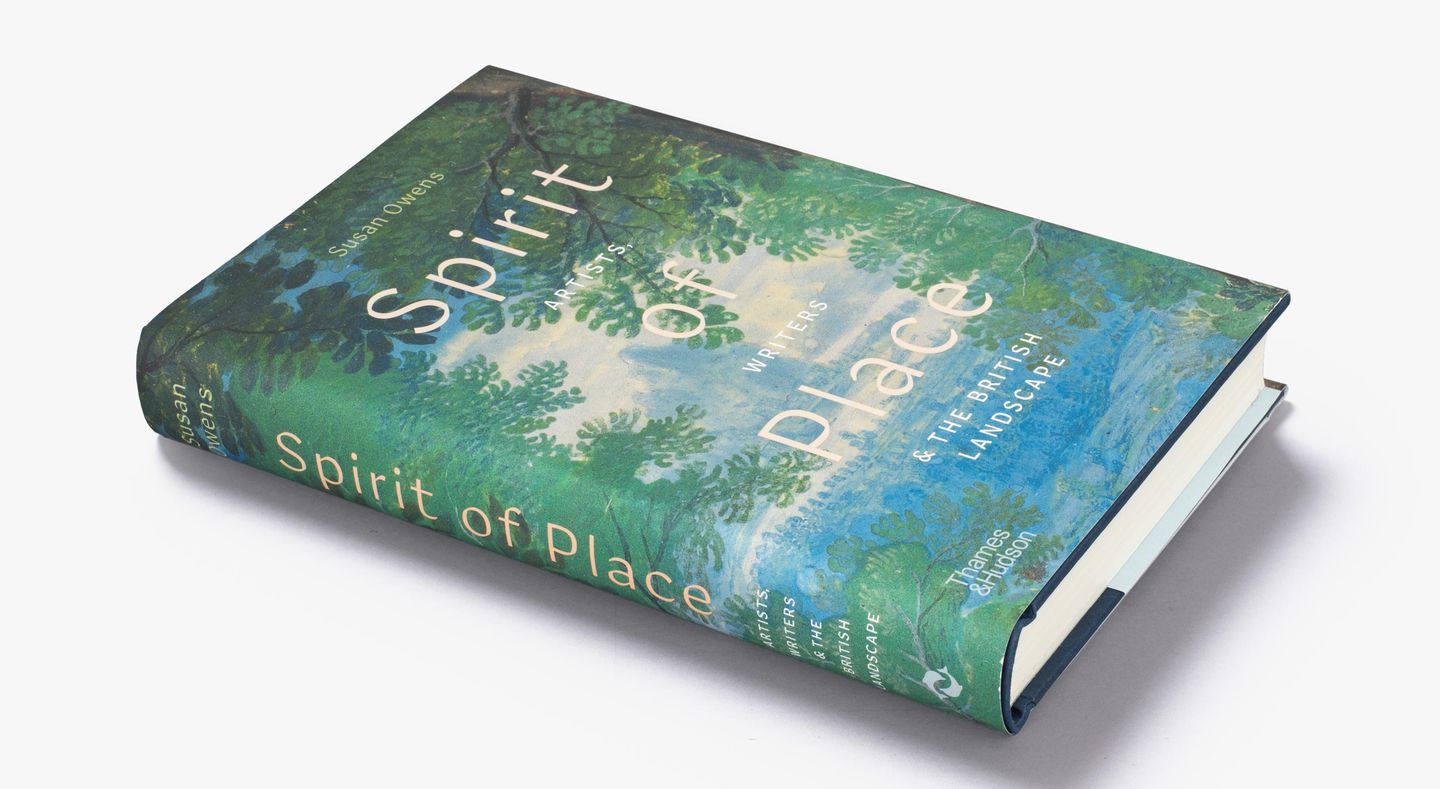 ‘Spirit of Place: Artists, Writers and the British Landscape’ by Susan Owens (£25, Thames & Hudson) is out now. Signed copies are available on the Thames & Hudson website.